'Miro World' is a 3d interpretation of a small set of paintings from 1924-25; The Hermitage from 1924, Catalan Landscape from 1924 and Dialogue of the Insects from 1924-25. The paintings are all from the time when Miro had just developed the language that symbolises his Catalan heritage and the mark making that anonomizes the imagery and brings it from a collective unconcious. 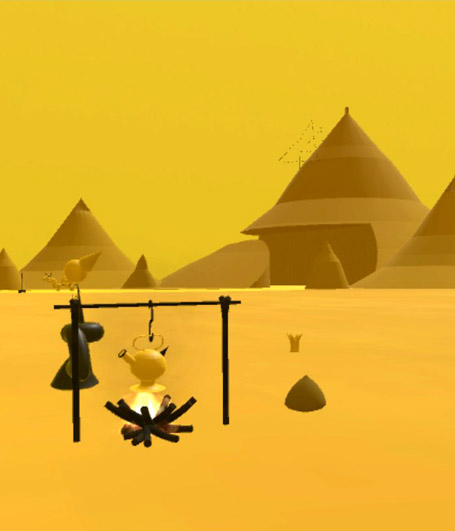 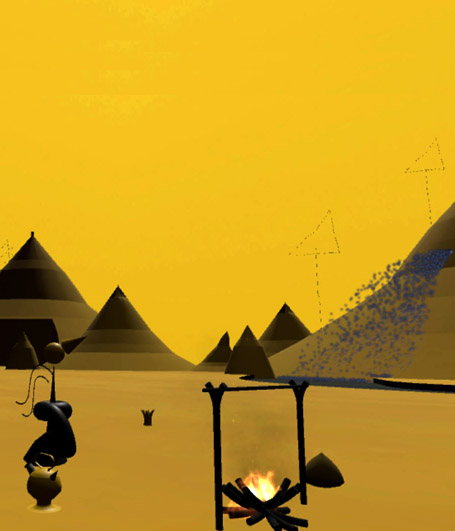 I made the worlds to test things I wanted to achieve for the Garden's Project initially but it developed a life of it's own. The journey starts in the landscape of the hermitage, at a campsite with the constellations of summer overhead, a woman at the campfire, a farmer in the distance with a bull in one direction and a river in the other. You explore the landscape to find doors which you pass through to the other spaces.

The next is the hermitage, later in the day, and both these worlds have a sound track of 'concierto de aranjuez' by Rodrigo in an interpretation by Luis Manuel Molena and the Orquestra de Camara Musica Eterna, released under a creative commons license. 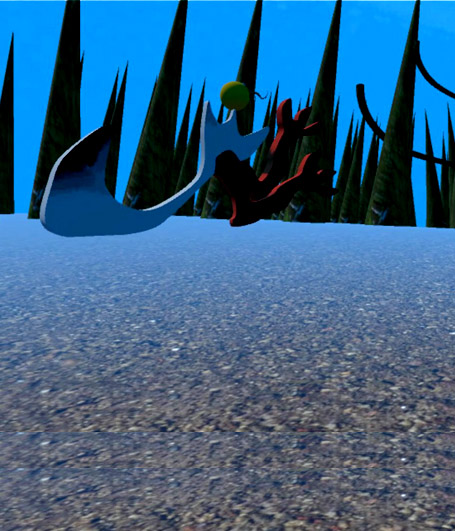 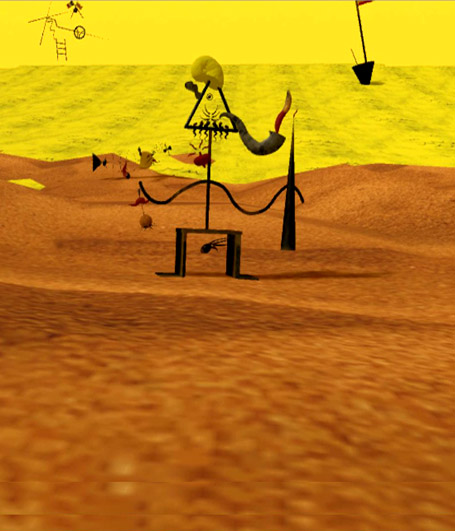 From the Hermitage you progress to the dialogue of the insects, finding yourself in the long grass with strange creatures flying and running around you. The soundtrack is a field recording of a summer meadow, when you find the door you return to the hermitage.

From here you progress to the Catalan landscape, facing the hunter with his rifle and a freshly killed rabbit, there is a sardine in the background and the soundtrack is a 'sardana', a Catalan folk dance 'Joves Ileons'. This reflects the writing in the original image that says 'sard', and may be a reference to the dance or to the sardine. 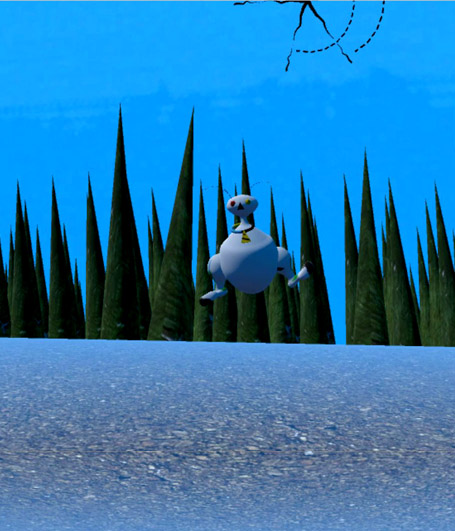 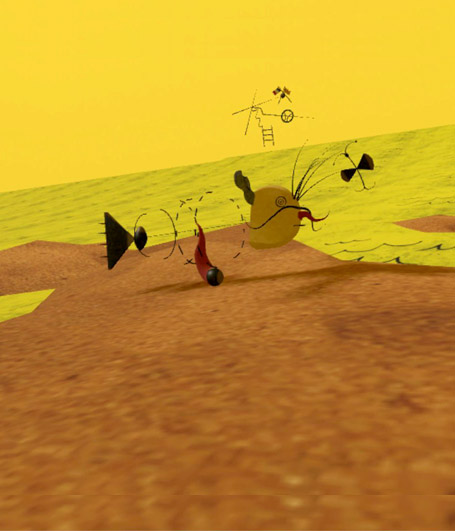 Miro World was built in Unity for HTC Vive, you can download the files here